Here are some shots of lightning taken from my back porch on May 25, 2011. 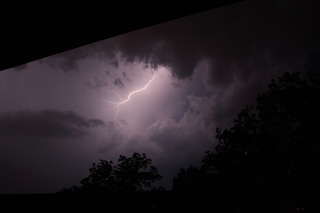 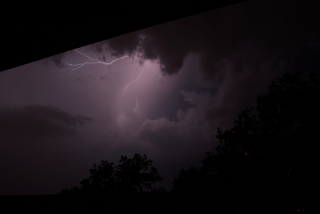 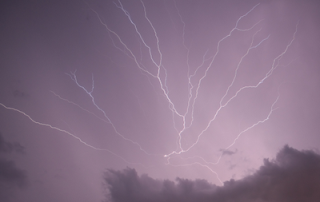 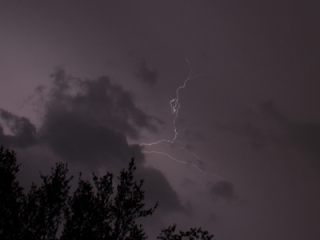 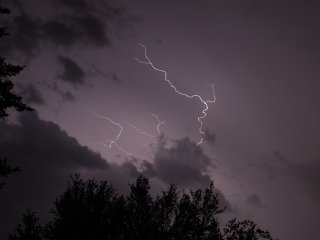 This is a star trail image taken from my front yard. The stars are seen here "swirling" around the North Celestial Pole (NCP), which is located near the bottom of the image. The bright star near the NCP is Polaris, the North Star.

Located about one third of the way between the NCP and the upper-right corner of the image are two bright trails that were formed by Kochab and Pherkad. They form part of the bowl of the Little Dipper. The bright stars at the top of the image are part of the Big Dipper.

The light trails of several aircraft and a few satellites are also visible.

This image is a composite of 282 30-second exposures (2.35 hours total). They were combined with a neat little program called Startrails.