Famed amateur astronomer Terry Lovejoy discovered long period comet C/2014 Q2 in August 2014. It became visible at my latitude in December 2014, but the weather conditions afforded no decent opportunity to view it until the night of December 30/31. There was a lot a moisture in the air and the Moon was very bright (at 75% illumination), but the comet was naked-eye visible. Clouds were on the way, so I opted to quickly set up a DSLR on a tripod to try to capture a few images.

Maybe it's my imagination, but I can barely make out the comet's tail trailing to the upper-left. The stars are streaked due to the Earth's rotation. This was compiled from 5 8-second exposures at ISO-3200 using a Canon EOS Rebel T3 (1100D) with a zoom lens at 55mm. 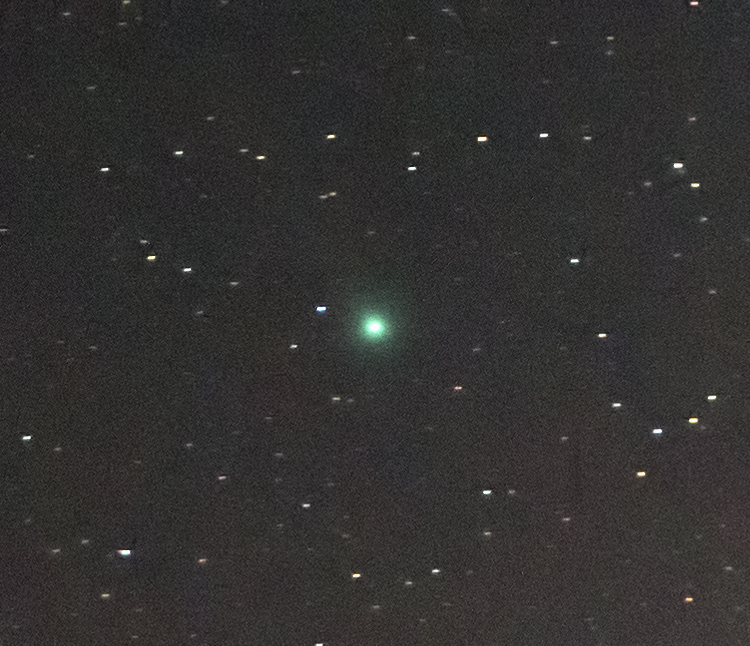 This is a wide-angle image that shows the comet's location on the night of December 30th. Click on the labels for the indicated objects to open pages that give details. Some of the links will open pages on other web sites. 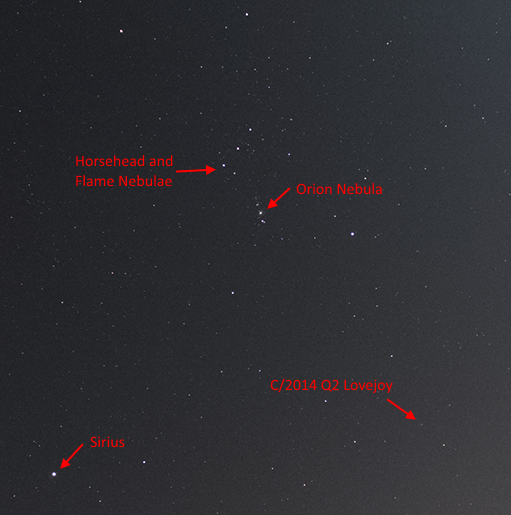 What do amateur astronomers do when the weather is lousy and they can't get out with their scopes? Well, sometimes they reprocess old data. I have learned a lot about image processing over the few years that I've been in this hobby. Sometimes it is fun to see if I can do a better job using my new skills and tools. Some of these were very challenging as I did not have all of the components necessary for producing clean images (darks, flats, and bias frames).

These are some of the images that I selected as candidates for a slide show that a friend of mine is working on for the Sam Houston State University Planetarium.

I found this shot of Uranus (center) while looking through some images that I took back in November 2013. It's nothing spectacular, but I thought the color was pretty. The star to the left of Uranus is labeled by Starry Night as TYC13-96-1 in Pisces.

Here is a quick reprocess of an older image of the Sword of Orion taken with the Canon EOS Rebel XS on the Takahashi Epsilon 200.  I hope to reimage this object sometime this winter. 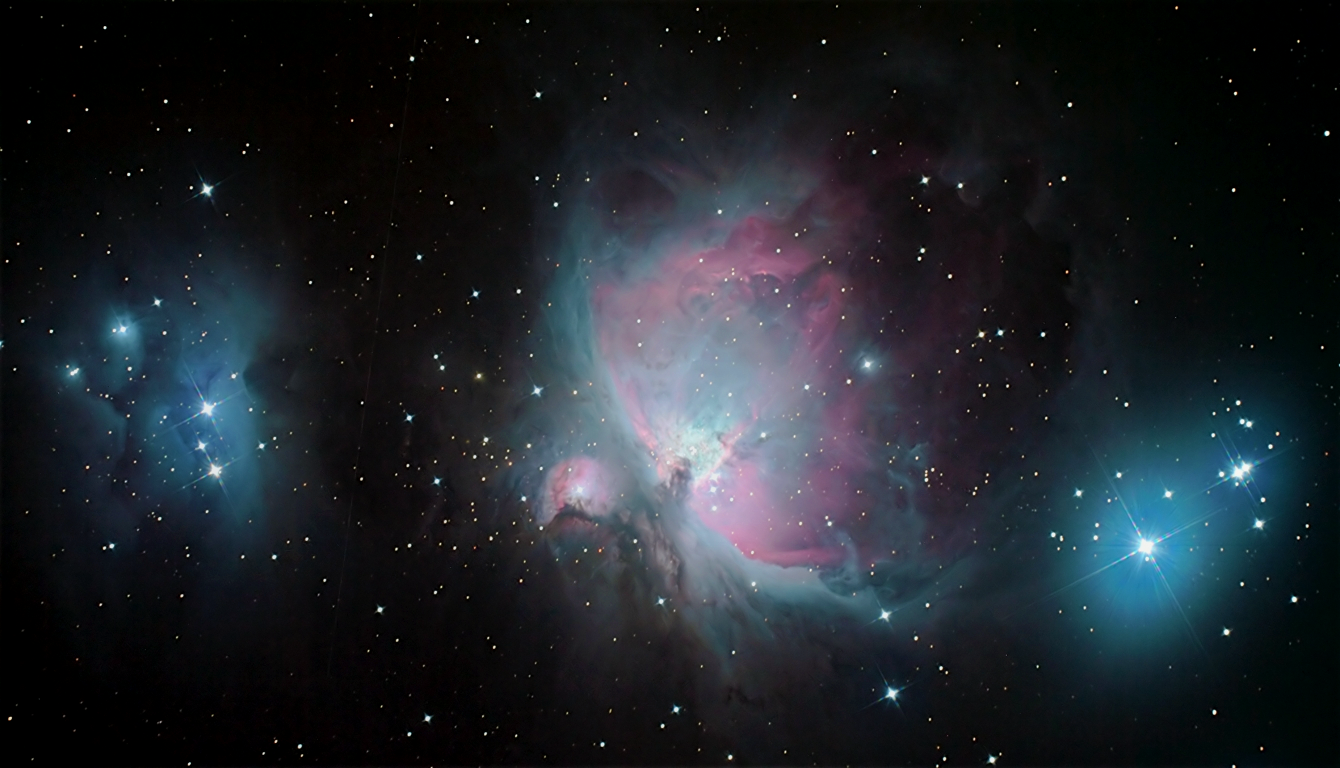