Normally, only the brightest stars would be visible during a full moon. During a lunar eclipse, however, the dimmer stars are visible.

The bright, bluish star to the lower right of the Moon is Spica, the brightest star in the constellation Virgo. The very bright orange star near the upper right is the planet Mars. 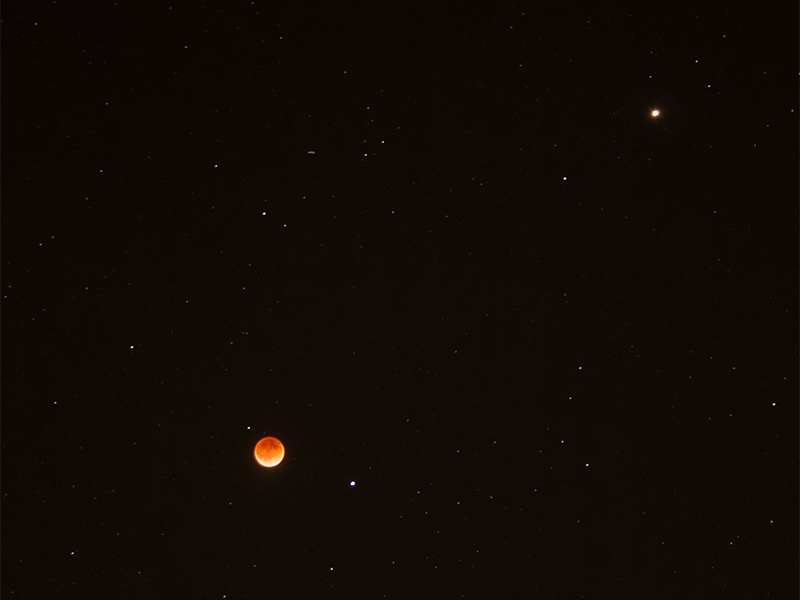 A cold front passed through the region and the skies cleared up in time for this long-anticipated lunar eclipse. I went to bed early and got up shortly before the Moon was completely engulfed in Earth's shadow. It was a spectacular night!